The Story of Prophet Yusuf…

The story of Prophet Yusuf (as) was revealed to our beloved Prophet Muhammad (saw); this came at a time when the Muslims were facing great persecution in Makkah and the Prophet had suffered two major losses: the death of his first wife and strongest supporter, Kadijah (ra) and another of his strongest supporters, his uncle, Abu Talib.


This story is one of attraction that arouses interest as it deals with deception, jealousy, pride and passion.


Stories in the Qur’an are usually told over several chapters; however, the story of Yusuf is unique. It was revealed in one chapter from beginning to end and is the only place in the Qur’an where this story is mentioned.


This story is of the best narrations, Allah tells us in the Qur’an in the third ayah of Surah Yusuf,


“We relate to you, O Muhammad, the best of stories in what We have revealed to you of this Qur’an although you were, before it, among the unaware.”


As we move through the years of Yusuf (as) life in his story we learn of the ups and downs he faced from childhood to adulthood.


The story of Yusuf begins with a dream and ends with its interpretation.


Yusuf told his father, Ya’qub, he dreamt he saw the moon, the sun and eleven stars prostrating to him, as a means of humbling themselves to him.


“[Of these stories mention] when Joseph said to his father, “o my father, indeed I have seen [in a dream] eleven stars and the sun and the moon; I saw them prostrating to me.” (S. Yususf, ayah 4)


“He said, “O my son, do not relate your vision to your brothers or they will contrive against you a plan. Indeed Satan, to man, is a manifest enemy.”
(S. Yusuf, ayah 5)


Ya’qub tells his son, Yusuf, not to disclose his dream to his brothers because his brothers were jealous of him; they believed their father loved Yusuf more than them. Because Ya’qub was a prophet himself he had special insight and knew his other sons would inspire against Yusuf if they knew that Yusuf had special qualities.
The jealousy of Yusuf’s brothers drove them to throwing Yusuf into the bottom of a well and leaving him there then returning to their father, Ya’qub, with a lie that a wolf had killed and eaten Yusuf.


The essence of this Surah is sabr, patience, in the face of adversity.
Known Islamic scholar, Ibnul Qayyim, told us that sabr means, having the ability to stop ourselves from despairing, to refrain from complaining, and to control ourselves in times of sadness and worry.


Many lessons have been derived from Surah Yusuf, Ibnul Qayyim, was able to derive 1,000 from this story alone.


We have chosen 2 lessons that we derived from the beautiful narrative of Yusuf (as):


Sabrun Jameel & Tawakkul
SABRUN JAMEEL
One of the lessons we learn from the story of surah Yusuf is patience, specifically beautiful patience. In ayah 18 of surah Yusuf we learn,
"And they brought upon his shirt false blood. [Jacob] said, "Rather, your souls have enticed you to something, so patience is most fitting. And Allah is the one sought for help against that which you describe."
Sabr itself means self-control and literally it means: hasbun nafs, which is restraining ones self.
We are restraining ourselves from displaying a negative reaction at the first strike of a calamity, from complaining, wrong desires and saying the wrong words at time of anger and distress.
The next part of patience that we are looking at is the beautiful aspect of it, and to further understand this, we will again look at the words grammatical form.
Jameel means, beauty
Jameel when used for an action means, “ajmala fil aml” which is, to do something in the best possible way. Therefore, to do that action in the highest of standards. This is the patience in which there are no complaints. Sometimes we exhibit patience in a situation but we complain about it to people.
Ya’qub (as) accepted the situation entirely without complaining. He does not yell, argue or rebuke his sons. Rather he realizes this my test, so sabrun jameel; patience is most fitting. He then turns to Allah swt for help. Which brings us to our next lesson.
Tawakkul (the reliance upon Allah):
This turning to Allah for help is tawakkul. Tawakkul is the dependence with the heart upon Allah, for bringing what is of benefit and repelling what is harmful.
When you want something for yourself, something good: wealth, children, status, as long as you rely upon yourself you will feel anxious, will I have it? But when you rely upon Allah, and say to yourself, I will do my best and He will facilitate and provide for me, you are able to take the risks necessary to attain what it is you want or need to face.
Tawakkul allows you to do good, sacrifice and keep away from sin.
In Surah Yusuf, ayah 86, Ya’qub (as) gives us a great example of tawakkul,
He said, "I only complain of my suffering and my grief to Allah, and I know from Allah that which you do not know. (Yusuf 12:86).
After years and years of Ya’qub not seeing or hearing anything of Yusuf he never gave up hope in Allah that they would reunite, that his duas would be answered and so Ya’qub instructed his sons to go out and search for Yusuf. As we learn in ayah 87,
“O my sons, go and find out about Joseph and his brother and despair not of relief from Allah. Indeed no one despairs of relief from Allah except the disbelieving people.”
After so many years had passed Allah answered the dua of Ya’qub (as) and reunited him with Yusuf.
Yusuf was finally reunited with his father and mother and brothers that put him into the well, upon the reunion Yusuf’s father, mother and brothers humbly prostrated to him, thus the meaning of the interpretation of the dream becomes known:
“And when they entered upon Joseph, he took his parents to himself [i.e., embraced them] and said, “Enter Egypt, Allah willing, safe [and secure].”
(S. Yusuf ayah 99)
“And he raised his parents upon the throne, and they bowed to him in prostration. And he said, “O my father, this is the explanation of my vision of before. My Lord has made it a reality. And He was certainly good to me when He took me out of prison and brought you [here] from Bedouin life after Satan had induced [estrangement] between me and my brothers. Indeed, my Lord is subtle in what He wills. Indeed, it is He who is the Knowing, the Wise.”
(S. Yusuf ayah 100)
So be patient with a beautiful patience:
Now relate this to our lives; sometimes we lose control of our children, instead of blaming ourselves or going into depression, turn to Allah for help, have sabr & tawakkul and at least your reward is secured with Allah.
The Messenger of Allah (saw) said, "How wonderful is the case of a believer; there is good for him in everything and this applies only to a believer. If prosperity reaches him, he expresses gratitude to Allah and that is good for him; and if adversity befalls him, he endures it patiently and that is better for him". (Muslim)

Location: Sister Rim’s Home
Agenda: (please note, we have included many links where you can read in detail more on each subject)

O Allah, bless this Halaqa, allow us to gain, act upon and share beneficial knowledge. Guide us, forgive our sins and grant us Jannah with our families and loved ones. Ameen

We read Surah Fatihah aloud altogether, then sisters individually read aloud a few letters/words, ayahs (according to her ability and with the help and encouragement of her fellow sisters). We read Surah At-Tawba from Ayah 55 to Ayah 72.  In sha Allah, this will be an ongoing part of our Halaqa and one day in sha Allah, we will have Khatam Quran and begin again.

Sisters shared reading the translation of the approximate meaning.  (https://quran.com/9) 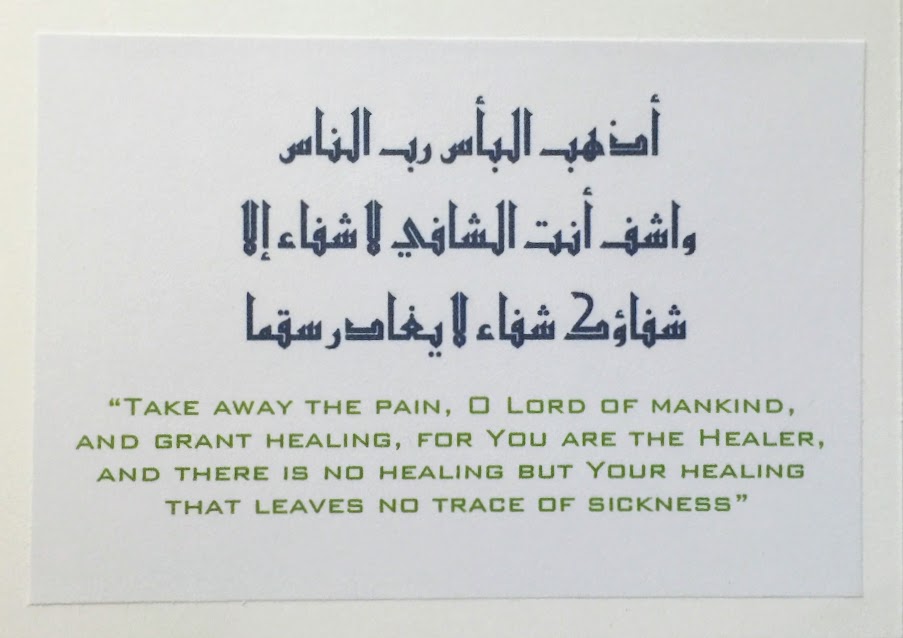 In sha Allah, our next Halaqa will be on April 6th at Sister Sara’s home.
In sha Allah, we will be having a Surprise Spring Picnic on March 25th.

Please click on the link below to read all the details and RSVP.

Link to the evite: http://evite.me/3vybdHJNzs

Alhamdulilah, we had three guest speakers today.  Sisters Tamara, Maryan and Sofia.
They presented Surah Yusuf and what they have learned in their studies.
To read their summary click here


They shared the following brief description of their school Al Huda International.

Al Huda International, a place where the Qu’ran and Sunnah are taught, from the youth to the elderly. A place where women and their children can experience solace.

Al Huda started by a Sister who had a vision, “Qu’ran for all in every heart, in every hand.” This vision turned into a non-profit, non-sectarian, non-political organization that is currently working to promote authentic Islamic knowledge.

Al Huda Institute Canada began its educational program in 2001, and is now providing structured courses for people from all walks of life, ranging from courses online to workshops and a variety of publications and multi-media downloads.

The main objective of the Al Huda Institute is to present a true understanding of the Divine Revelation – the Qur’an and Sunnah. The courses are designed to enable students to develop an intimate relationship with The Creator; find inner peace, develop good character, demonstrate effective interpersonal relations and become beneficial members of society working to better serve humanity.

For more information on courses and services available at Al Huda you can visit their website at, www.alhudainstitute.ca

Instead of the video, we ended the Halaqa and then Sister Sofia led a craft session with all
the children.  She incorporated Islamic teachings while having the children make gifts for
their moms.
For the expiation of sins, said at the conclusion of a sitting or gathering. To listen to this dua click here

196 - "How perfect You are O Allah, and I praise You. I bear witness
that None has the right to be worshipped except You. I seek Your
forgiveness and turn to You in repentance."


If any of this information was good and true, know that it comes from Allah subhanahu
wa ta’ala.  If there are mistakes we ask for Allah’s Forgiveness and Mercy.