Agenda: (please note, we have included many links where you can read in detail more on each subject)

During the COVID-19 “stay at home” order, we have decided to hold our Halaqa online using Zoom.
In sha Allah, every Thursday, we will have two adjoining sessions with a small break in the middle.   If you would like to join, please get in touch with us.

O Allah, bless this Halaqa, allow us to gain, act upon and share beneficial knowledge.
Guide us, forgive our sins and grant us Jannah with our families and loved ones.
O my Lord increase me in knowledge*.  رَّبِّ زِدْنِى عِلْمًا   Ameen
*Part of ayah 114 Surah Taha(20)

We read Surah Fatihah aloud altogether, then Sister Alia read Surah Al-Kahf verses 16-20 followed by Sister Rim, reading the English Approximation.  In sha Allah, this will be an ongoing part of our Halaqa and one day in sha Allah, we will have Khatam Quran and begin again.

Children were invited to read some verses of the Quran

We are following a book from our library that is not copyrighted.
Tajweed for Beginners  Prepared by Qari Ismail Essack
Sister Shimaa read the following lessons.
Tajweed lesson 5 page 10, 11, top of 12


We have chosen to use Tafsir Ibn Kathir   Volume 6
Sister Alia read parts 1 and 2.

Discussion:  We discussed the various aspects that we had not known or misunderstood.

Reply from Maryum about questions raised after last week’s Halaqa:

I just wanted to let you know, my husband and I were discussing the story with Rukana and Prophet Muhammed (saw) and he mentioned that the story is jaeda at best and possibly weak (?), from the information he is reading in Arabic.


I have read the questions, as for the story of the wrestler Rukanah the Hadith was narrated by Abu Dawood and was classified as Hasan - hasan means the Hadith is good and acceptable to use but it contains some weakness, but not a major one. There could be other chains of transmission that are weaker (daif), but at least one chain from Abu Dawood is Hasan

Some children were wondering if children have writing angels especially since they automatically go to Jannah.

As for the second question, it has been narrated that the pen has been lifted from 3 people, the sleeping one until he wakes up, the insane until he regains his sanity and the child until he reaches puberty. The Hadith does not mention the angels being absent from those persons, it states they do not record their actions, but it does not mention that the angels abandon them during that time, so I would assume they are there, protecting the person.


Moreover, it is not entirely true that children will go to paradise automatically, this is a false assumption that is carried by several people but it contradicts the Hadith and Quran


There is also a verse in surah Nun that the defiantly disobedient people will not produce any other offspring than similar themselves, disbelieving and rebellious and then prophet Noah requested Allah to destroy his nation and that included the children. If the children were pure they should have been saved together with the believers on the ark, but they were apparently already corrupted


Yes from the Hadith we understand that the baby should be tested too, even thou he did not have earthly sins or good deeds, his soul is mature enough to handle the test just as all the souls were already asked once before birth to testify in front of Allah that He is their Lord and God and that is so that they will not have any argument against Him in case of disbelief, they all already knew about Him before being born


This is where the fitrah comes from, so if we are able to testify before even coming to this life, why should we think that we can't after birth? This would also be unfair that some people who did not face any trials and did not perform any good deeds would enjoy eternal paradise without any effort on their part at all


Some scholars make a division between the children of believers and disbelievers saying that if the first one was allowed to live he would grow up to be a believer too, so they end up going to paradise while the opposite is true for the children of the isolators, so we do hope this for Muslim children but the other Hadith about the test does not give a guarantee


This is a quote from a dispute on this matter:


This is the Hadith:

Anas said: the Messenger of Allaah (peace and blessings of Allaah be upon him) said: “Four (kinds of people) will be brought forth on the Day of Resurrection: the infant, the insane, the one who died during the Fatrah (the period between two prophets) and the very old man. All of them will speak in their own defence, then the Lord, may He be blessed and exalted, will say to a neck of Hell, ‘Come forth!’ and He will say to them, ‘I used to send Messengers to My slaves from amongst themselves. Now I am the Messenger of Myself to you. Enter this (i.e., the Fire).’ Those who are decreed to be among the doomed will say, ‘O Lord, how could we enter it when we are trying to escape it?’ And those who are decreed to be among the blessed will rush to enter it. And Allaah will say: ‘You would have been more disobedient towards My Messengers.’ So those will enter Paradise and those will enter Hell.” Narrated by Abu Ya’laa, 4224. There are corroborating reports which were mentioned by Ibn Katheer in al-Tafseer, 3/29-31.

The above Hadith specifically mentions infants.


We do have other ahadith that say Muslim kids will go to paradise and take their parents with them, but to combine between all the evidence it appears that they will be tested and hopefully pass the test in sha Allah before they can help their parents


Ibn al-Qayyim (may Allaah have mercy on him) said: this is the most reasonable of the opinions, which reconciles all the reports and brings all the ahaadeeth into harmony.


And there are still other options, but I didn't want to go into them because they are weaker and more speculative

We discussed the following questions and then watched

What month is coming up?

What is your favourite thing to eat in Ramadan?


What is your favourite part of Ramadan?


What does Ramadan teach us? 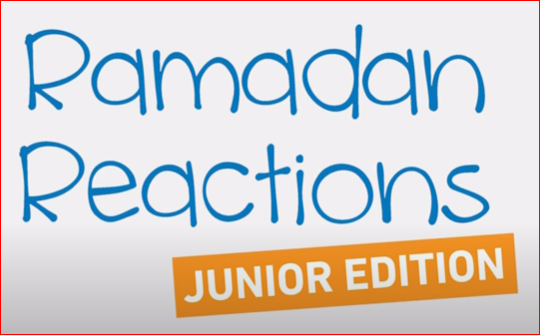 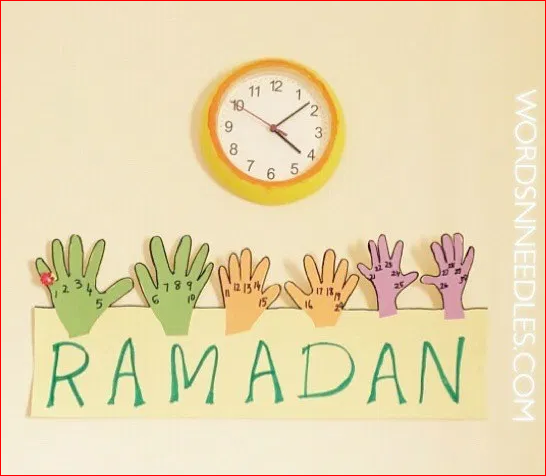 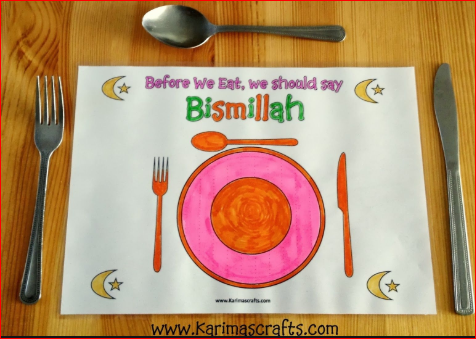 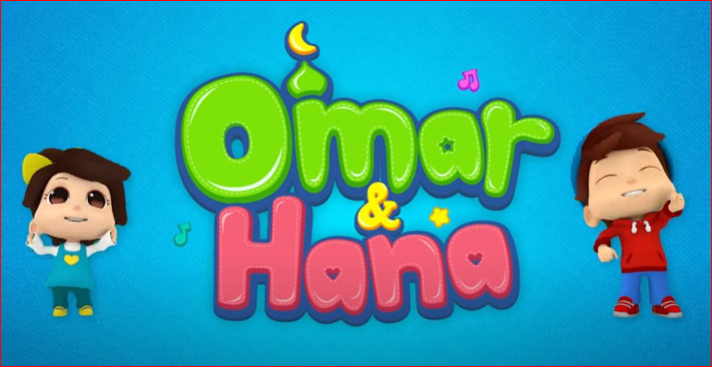 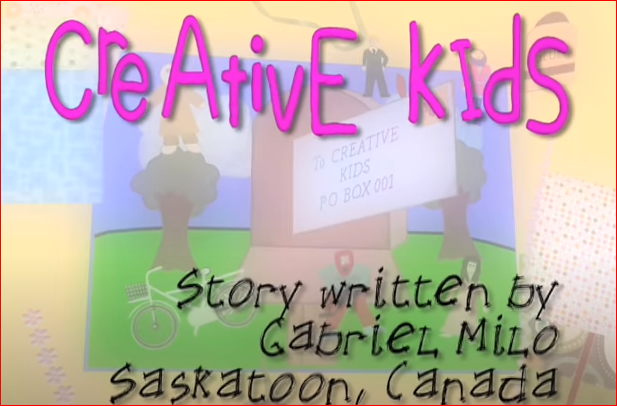 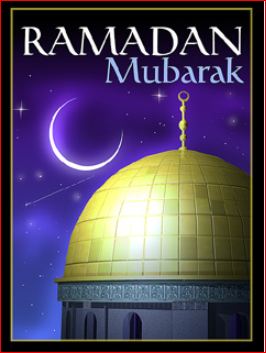 Sister Rim read information about our next two names and then she recited the first 12 names. 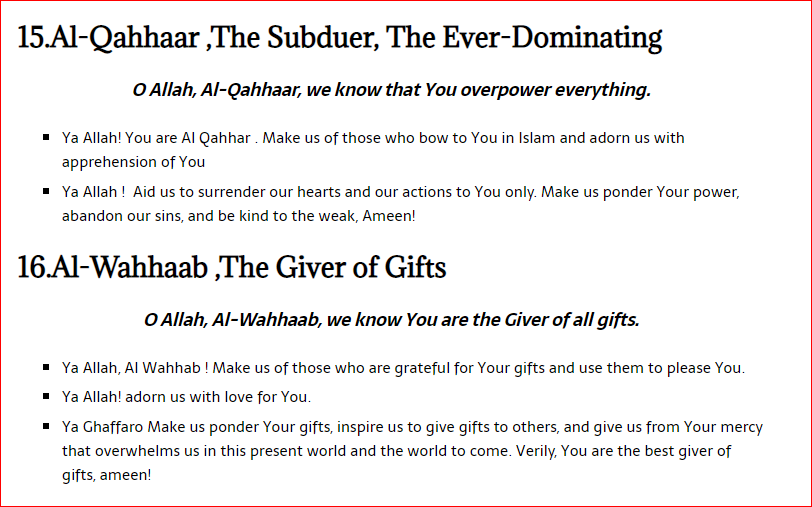 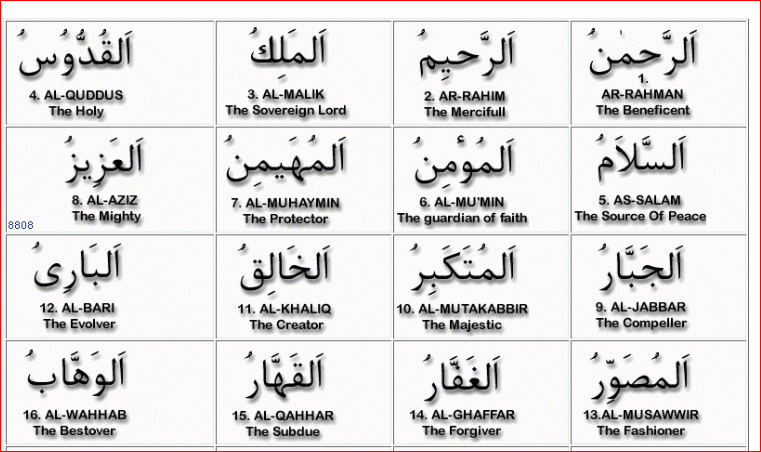 For the expiation of sins, said at the conclusion of a sitting or gathering. To listen to this dua click here

If any of this information was good and true, know that it comes from Allah subhanahu wa ta’ala.
If there are mistakes we ask for Allah’s Forgiveness and Mercy.